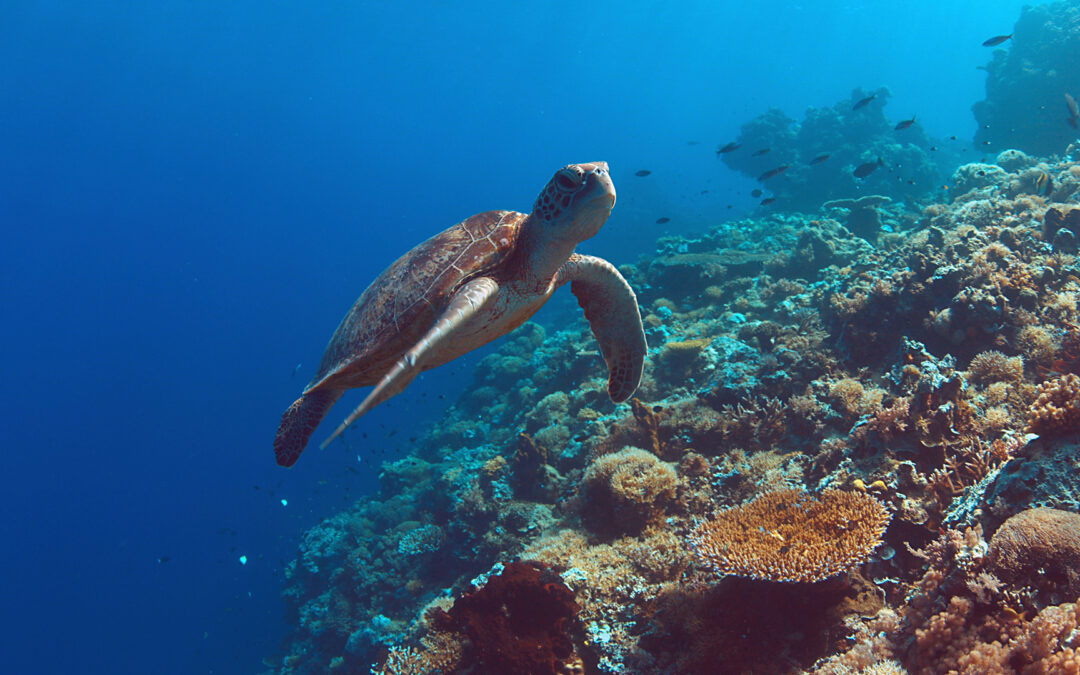 Almost half the Earth’s population, more than three billion people, depend on marine and coastal biodiversity for their livelihoods. Yet ocean pollution and acidification are getting worse, threatening both marine life and the people who depend on it.

The UN offers many observations like these for each of their 17 Sustainable Development Goals (SDGs). These 17 goals were first established in the 2012 Conference on Sustainable Development in Rio de Janeiro. Heads of state and diplomatic teams came together around a set of shared priorities for the most urgent environmental, political, and economic challenges facing the planet.

In a world that is mostly ocean, we can have the biggest impact on climate change, biodiversity and sustainability all by being better stewards of our marine resources.

Here are more facts on why it is so important to conserve and make use of our oceans and marine resources:

Around one-third of fish stocks are being consumed at unsustainable levels, and about half the world’s coral reefs have already been destroyed due to warming sea temperatures, ocean acidification and the lack of conservation efforts.

From 1901 to 2010, the global average sea level rose by 19 cm as oceans expanded due to warming and ice melted. The Arctic’s sea ice extent has shrunk in every successive decade since 1979, with 1.07 million km² of ice loss every decade. Warmer waters and melting ice caps threaten ecosystems both in the ocean and on land.

Ready to submit your idea on Oceans and Marine?

Ideation: More than a third of the world’s population doesn’t have access to clean water. How can conserve world’s oceans and better make use of them to deliver life-giving water where it is needed most?

Ideation: One of the most endangered animals in the ocean is the sea turtle. Their loss would devastate marine, beach, and dune ecosystems? How can we help preserve marine life like sea turtles as our climate changes?

Submit an idea about
Save the Sea Turtles